This largely limits small molecules to targeting enzymes and G-protein coupled receptors. Protein-protein interactions (PPIs) represent a challenging class of drug targets for small molecules, because they usually have large, flat binding sites, to which conventional small molecules do not bind with high affinity or specificity (Figure 1b). Our strategy is to recapitulate the binding surfaces of proteins (e.g., the binding partner of a target protein) with structurally constrained peptides or peptidomimetics. We (and others) have previously demonstrated that macrocyclic peptides in the molecular-weight range of 500-2000 serve as effective PPI inhibitors. These macrocycles are 3-5 times larger than conventional small molecules and have balanced conformational flexibility/rigidity, capable of binding to flat PPI interfaces with antibody-like affinity and specificity (Figure 1c).

Because macrocycles of this size range are challenging to design by rational approaches, our strategy is to chemically synthesize large combinatorial libraries of macrocycles 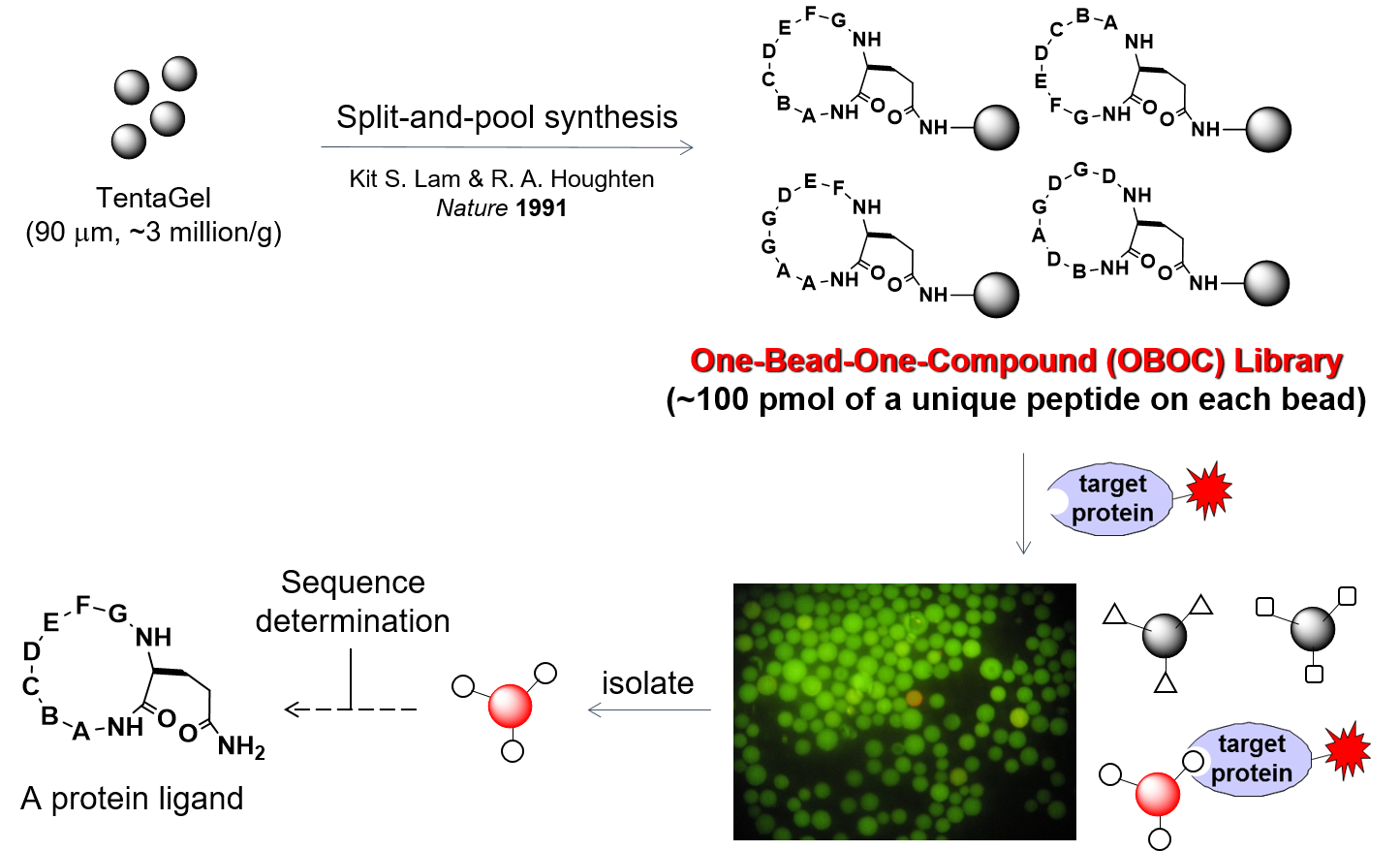 (up to 108 different compounds) and then screen them for binding to proteins of interest (Figure 2). We have developed robust methodologies for synthesizing and screening encoded monocyclic [1] and bicyclic peptide libraries [2] on spatially segregated microbeads, in which each bead displays a unique cyclic (or bicyclic) peptide on its surface and a linear peptide of the same sequence as an encoding tag inside the bead (Figure 3). After a positive hit is isolated, its structure is determined by sequencing the encoding tag inside the bead by a partial Edman degradation-mass spectrometry (PED-MS) method [3]. Some examples of macrocyclic peptide ligands identified from our libraries are illustrated in Figure 4.

Future research in this area includes: 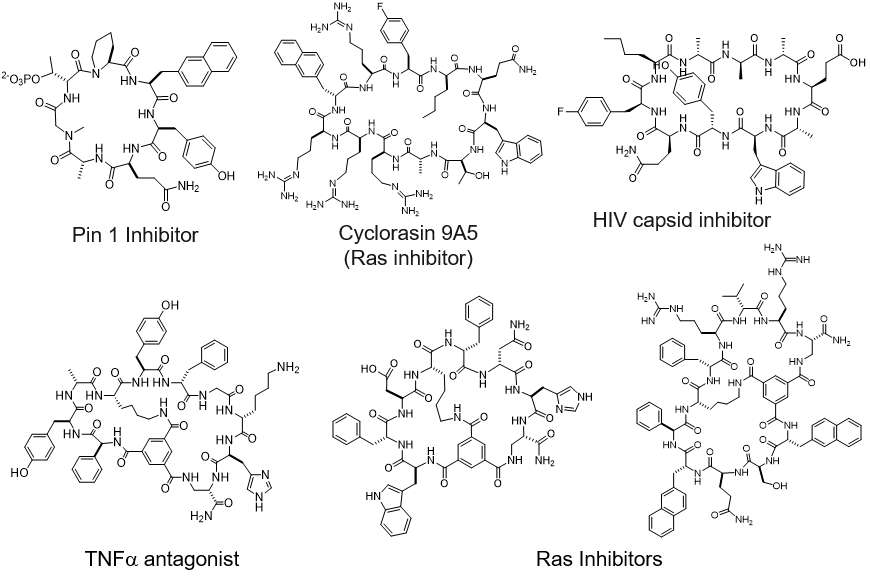