Over the past century, the Earth’s surface temperature has been increasing. This is primarily the cause of greenhouse effects. However, there exist many other factors, which influence the overall increase of the Earth’s surface temperature, which in turn, affects other organisms. These causes can be categorized into two main sections: human disturbances and the effects caused by the nature. 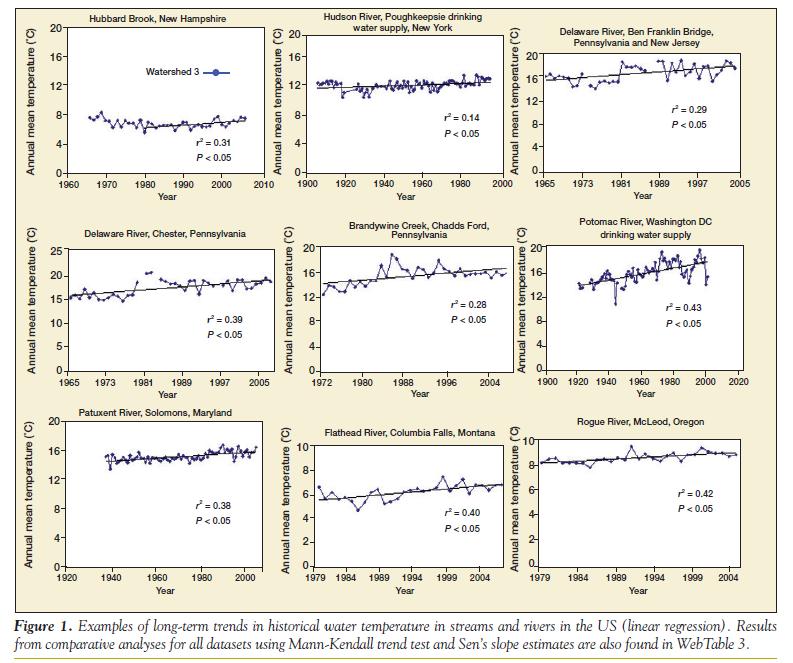 The overall increase in water temperatures have huge significance on community biodiversity, especially on organisms habituating in water such as freshwater fish. Freshwater fish are the most sensitive to temperature changes since they are ectothermic animals: their metabolism, behavior, and development and growth all depend on temperature. Also, temperature would affect fish species because fish have specific thermal niche preferences, and each fish would choose thermal habitats that would give them the maximum growth rate and other factors such as reproduction. Hence, increase in water temperature may cause local species extinctions. Increase in water temperatures may cause other consequences as well. For example, it can alter stream metabolism, rates of nutrient cycling, and reduction of dissolved oxygen concentrations, along with increased toxicity of certain environmental contaminants.

In order to reduce the effect of temperature changes, a reduction in greenhouse-gas emissions is necessary. Also, increasing urban trees, shaded stormwater retention wetlands may provide the buffer for the potentially harmful temperature surges in small streams; a decrease in water withdrawals by improving conservation measures can alternately reduce increase in water temperatures. Moreover, reusing treated wastewater may also reduce effluent volumes and temperature of waters.  More significance of water temperature can be found in the following link: http://ga.water.usgs.gov/edu/temperature.html.